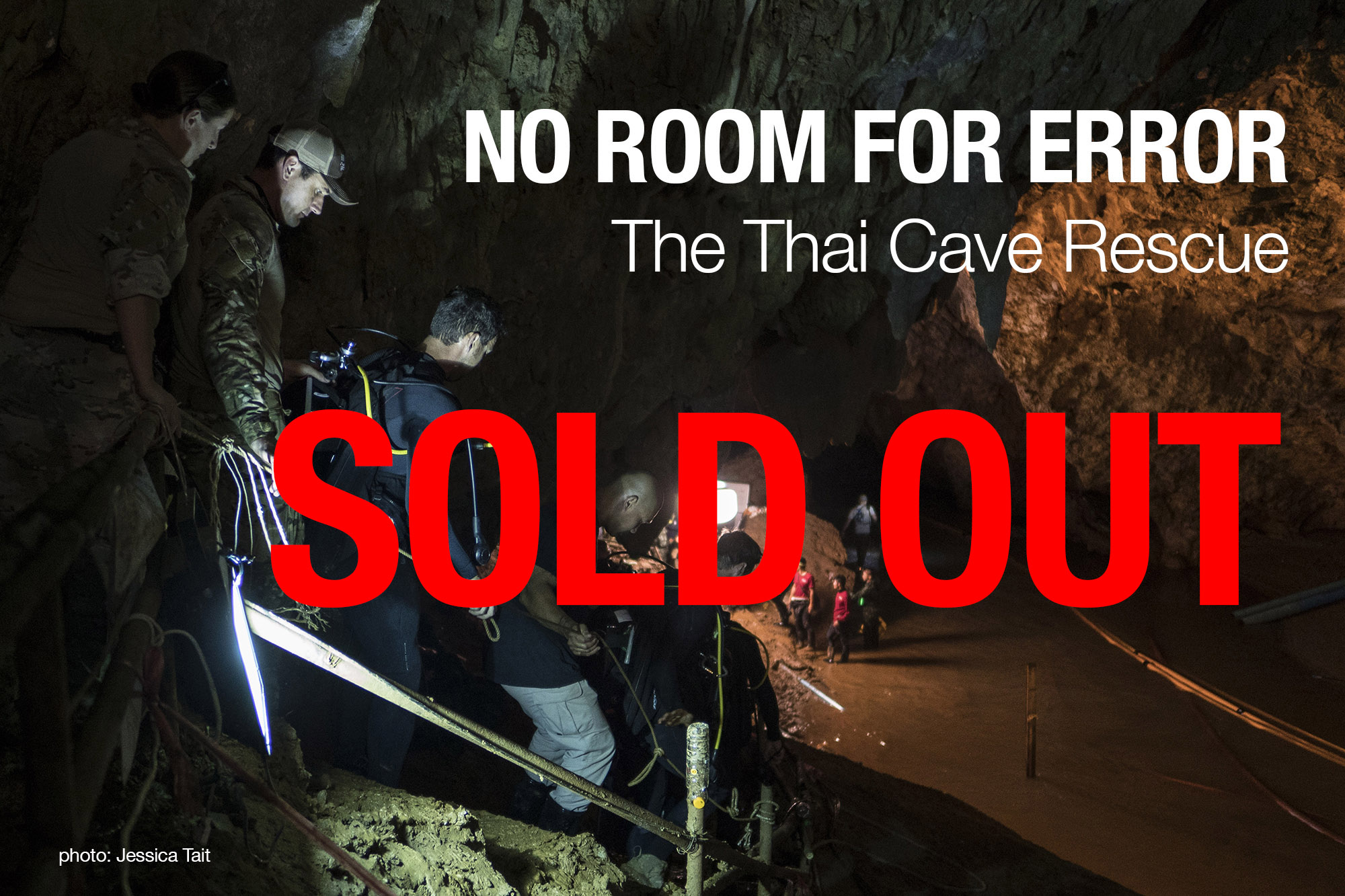 PLEASE NOTE: THIS EVENT IS NOW SOLD OUT

On 23 June 2018, 12 young boys (and their coach) who had just finished their football practice decided to go exploring in one of their favourite haunts – the Tham Luang cave in northern Thailand. They planned to be there for about an hour. When they did not return home that evening their parents headed straight for the cave. It had been raining heavily and the boy’s parents knew that the cave flood dangerously. When they found the boys’ bikes at the entrance to the cave they raised the alarm.

The boys were somewhere in the twisted depths of Tham Luang – but where exactly? A full blown rescue was set in progress. Experienced cave divers from all over the world arrived to help. Connor Roe was one of those divers. An experienced cave explorer he was specifically asked for to support the British Cave Rescue Council’s team who arrived to assist the Thai-led rescue.

Just over a week after the boys went missing, two British divers made the incredible discovery: all 13 boys were alive. The job of rescuing them began. Extracting the boys from the cave required expert cave diving skills. The boys were located 4 hours from the cave entrance and parts of the cave system were so narrow that the divers had to remove their air cylinders to squeeze through. Although he never lost hope, Connor did say that a miracle would be needed at some point.

Connor’s talk will cover his experiences as a cave diver and his involvement with the astonishing rescue of the young Thai boys from the Tham Luang Nang Non cave in July 2018.