Old fashioned divers used to use this. What do you think it is?? Choose an answer below –

What do you think it is made from? Choose an answer below –

Lead is a very heavy metal. 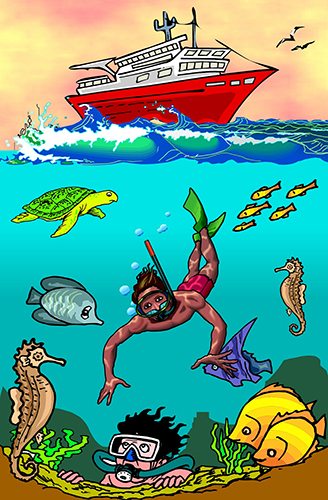 The mid-ocean ridge is the longest mountain chain on Earth. It is over 50,000km long.

The deepest part of the ocean is called The Challenger Deep. It is in the Mariana Trench. It is deeper than Mt Everest is high!

There are volcanoes under the oceans. The Pacific Ocean has almost 80% of all the active volcanoes in the world.

The volcanic activity can heat up the surrounding water to over 400 degrees centigrade! Ouch – that is REALLY hot.

The largest living structure on Earth is in the ocean – The Great Barrier Reef near Australia. It can even be seen from the Moon!

There are more artefacts and historical bits and pieces in the ocean than all of the world’s museums combined.

We have explored only 5% of the world’s oceans. Just imagine how much more there is for future ocean explorers to discover. You could be one of them! 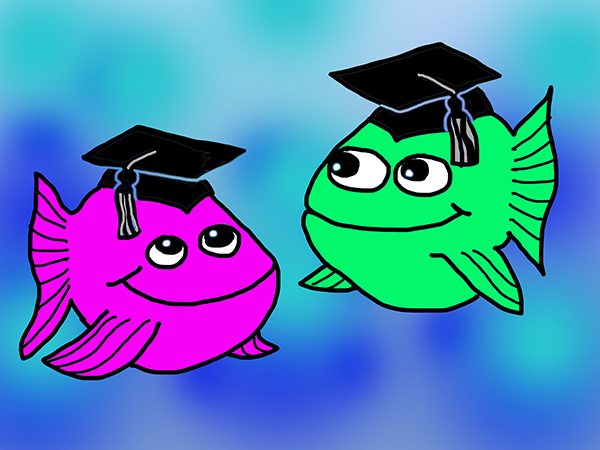 Why are fish so clever?

Because they swim in schools!

Have you heard about how plastic is becoming a real problem and that there is now so much of it in the oceans that it is a danger to the creatures that live in the sea? One of the things we can do is to make sure that our plastic waste never gets into the sea in the first place.

Don’t leave it to adults. Just look at what Cool Kid Lily is doing. We can all help to make our world and our oceans fun, clean, safe places to live. 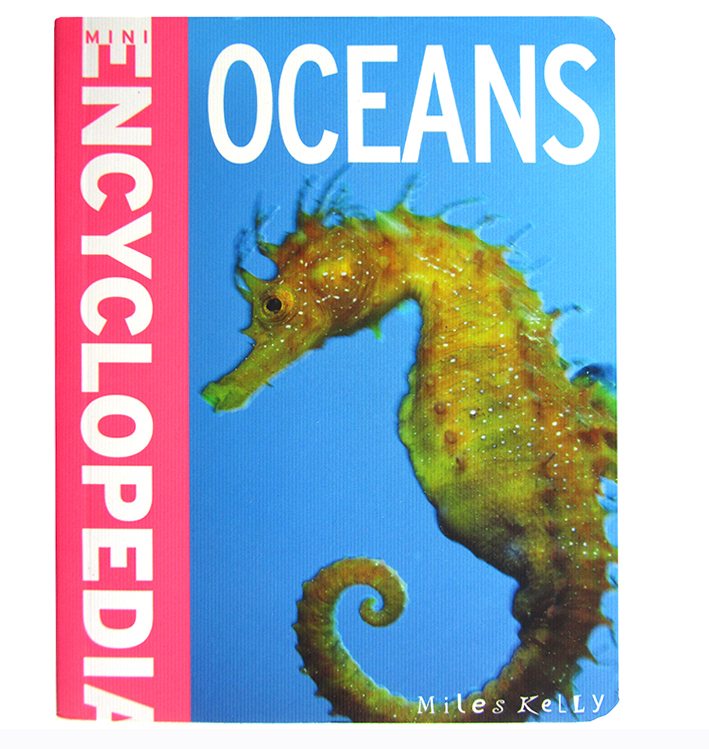 ‘Oceans’ is just jam packed with everything you would ever want to know about the Oceans.

Think of a question about the Oceans and you can bet you’ll find the answer in this book.  Underwater volcanoes? Pearls? Famous Ocean Explorers? … they are all in here. There is even a page on diving! Yay!!

And to make it easier to find stuff – it has three sections: Ocean features, Ocean Life, and Exploration & Travel.

The great thing is that it is so easy to read.  It has just enough information on just about everything – not too much, and not too little.

It has hundreds of photos and pictures and amazing fact panels so it is also fun to just browse through it.

It’s a great book for a long journey or a school project on the oceans.

Whatever you’re looking for about the Oceans, I bet you’ll find it in this mighty mini encyclopedia.