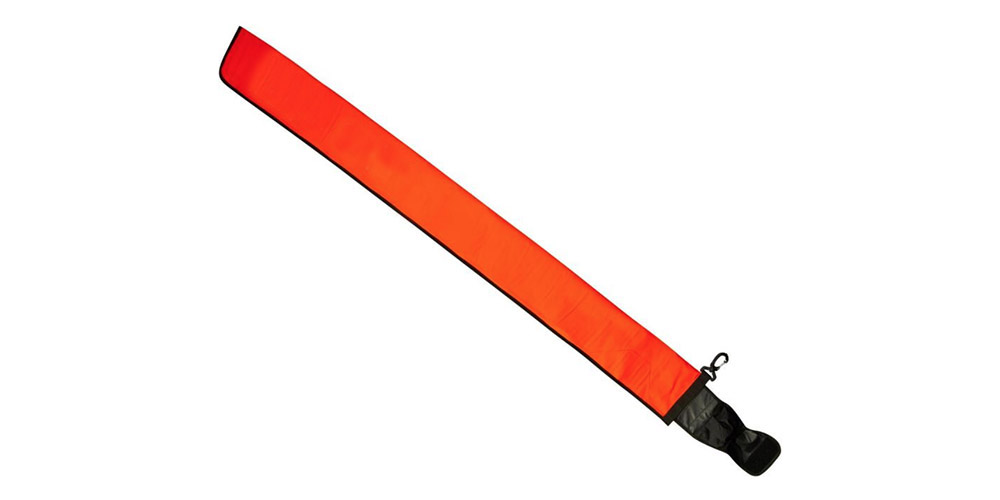 Sport divers use these. What do you think it is?? Choose an answer below –

This is called a surface marker buoy. It is open at the lower end (the black end). It is rolled up while the diver is diving. When a diver is coming back to the surface after a dive he/she unrolls the ‘balloon’ and inflates it with air from his breathing gas cylinder. The inflated balloon rises to the surface and acts as a marker to show the diving boat that there is a diver coming up to the surface at this position.

A fender for a diving boat

What do you think it is made from? Choose an answer below –

It is made from a bright coloured nylon material.

When a diver is nearly ready to come back up to the surface he unrolls his surface marker buoy and then fills it with air from his mouthpiece. The air fills the surface marker buoy with air to create a long thin balloon. The buoy rises to the surface of the water. Because it is long and thin it stands up high out of the water so that other people can easily see that a diver is there. This alerts other boats to stay clear and tells the driver of the pick-up boat where to go to get ready to help the diver out of the water.

Here is a picture of a surface marker buoy in use. 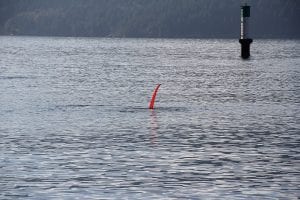 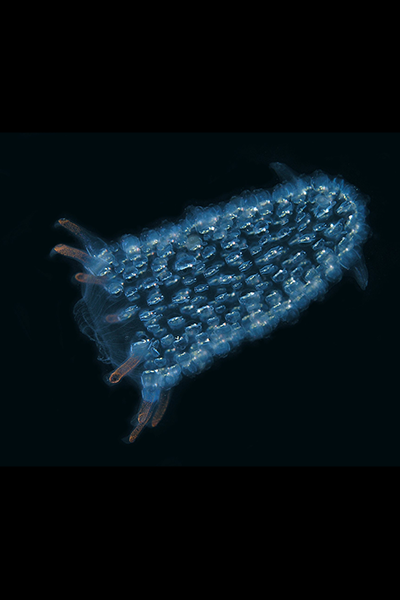 What is bioluminescence?
It is when a living thing can produce light.

How does it happen?
Bioluminescence is the result of a chemical reaction inside a creature which releases energy in the form of a brightly shining compound.

Where does it happen?
Bioluminescence is found in lots of creatures (like fire flies and glow worms) but it is mostly found in sea creatures – from the tiniest to large fish and squid. In the deepest darkest ocean where daylight never reaches, most creatures use bioluminescence in one form or another.
But you can also see bioluminescence at the surface of the ocean. There are tiny microscopic creatures (plankton) that float in the sea. Sometimes they can create so much light that they produce beautiful light shows at night like this photo taken in Hong Kong by Lucas Bento. (fr.wikipedia.org/wiki/Fichier:Planctons_bioluminescents_(Noctiluca_scintillans).jpg) 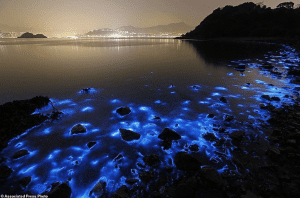 Why do sea creatures use bioluminescence?
There are 3 main reasons:
To attract prey:
The scary-looking angler fish, for example, has a long spike on its head that looks a bit like a fishing rod with a bright light on the end of it. The light attracts small fish close enough for the angler fish to catch them.

To avoid being eaten:
There is a deep sea shrimp that squirts out a cloud of luminescence when it feels threatened. This confuses or repels the attacker giving the shrimp time to escape.
Some tiny micro-organisms have a different way of avoiding being eaten. They light up when they feel threatened. The light attracts even bigger predators which eat the predators that were about to eat the micro-organisms. Very clever! 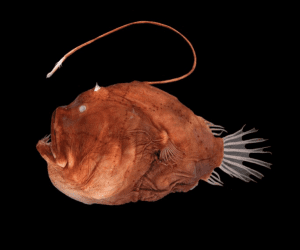 There are also a lot of invertebrates (creatures without backbones). They include some sea slugs, jellyfish, octopuses and squids. Some of them look quite beautiful. 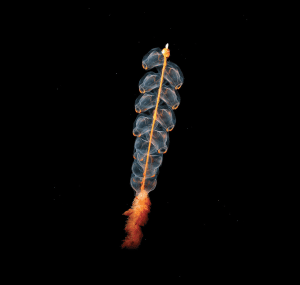 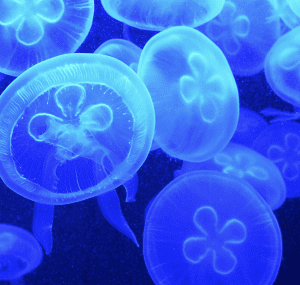 Even the tiniest of organisms (called dinoflagellates) can produce so much light that they can even light up surf at night creating stunning light shows like this:

Can we use bioluminescence?
Scientists have studied bioluminescence and can add chemicals to molecules to make them visible under a microscope. If you have a blood test to measure cancer proteins, vitamins or bacterial proteins, for example, it will almost certainly use this technique. 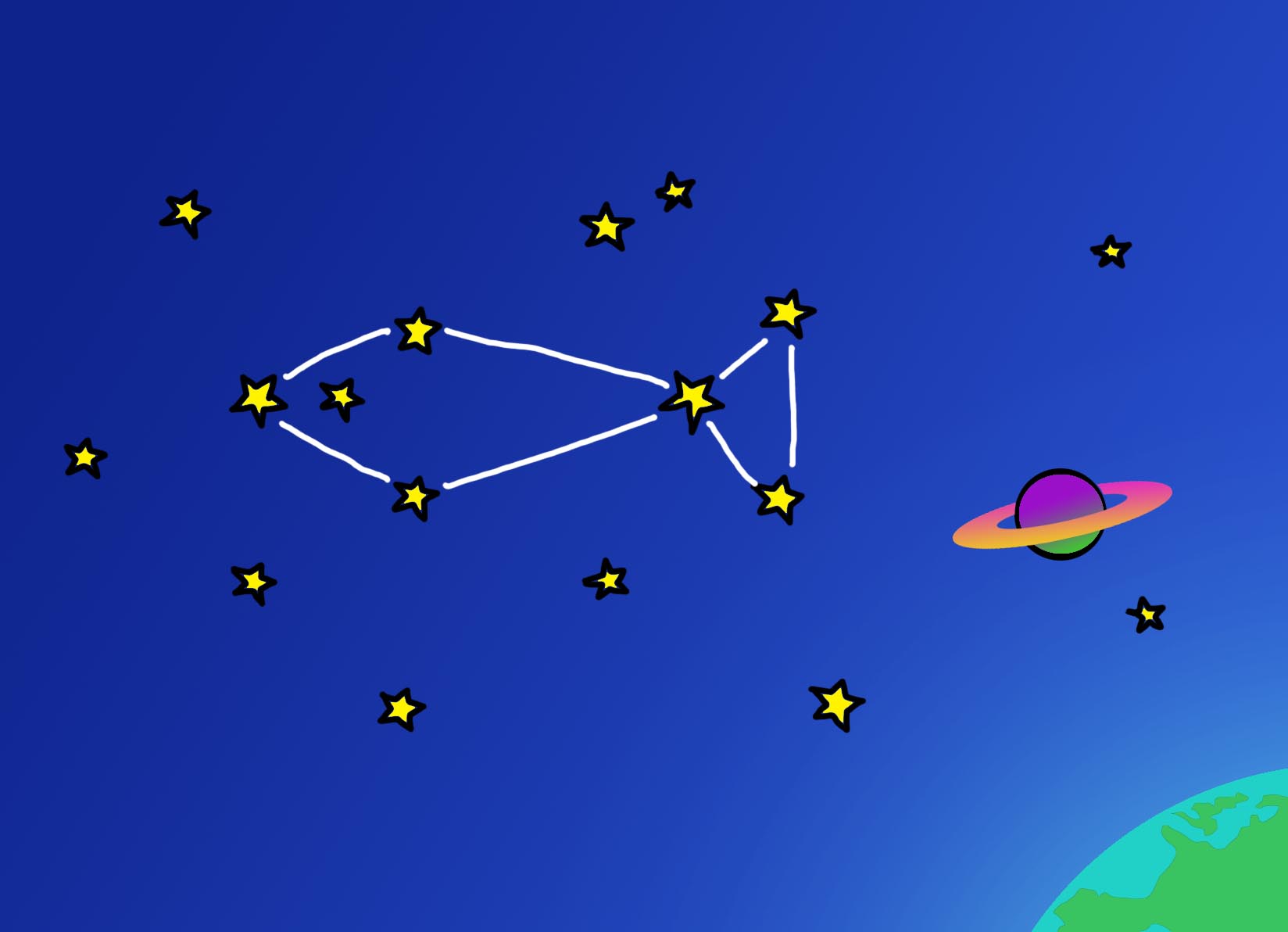 If the world was flat and a fish swam over the edge, where would it go to?

They go to Trouter Space!

Bioluminescence is like fireworks in the sea. Here is a video to show you some amazing real-life underwater light shows.

It is quite a long video but there are some wonderful images of bioluminescent creatures doing their stuff underwater. I hope you enjoy it. 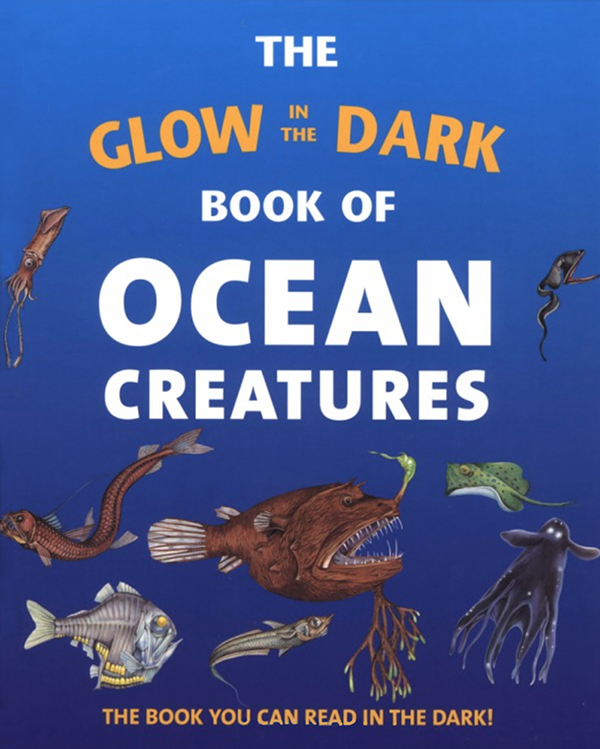 The Glow in the Dark Book of Ocean Creatures

There are some amazing creatures that live in the deep dark ocean – creatures that can glow in the dark. From the tiniest microscopic creatures to large fish, you’ll find them all in this book.

And to make it even more exciting, this book has pages that you can actually read in the dark. You’ll be looking for a cosy dark corner, or snuggling up under the bed clothes to see how it works.

You can buy some glow-in-the-dark sea creature books from our bookshop: http://www.thehds.com/product/amazing-world-sea-creatures-by-l-a-martin/

Recommended for 4-7 year olds (and grown-ups too!)