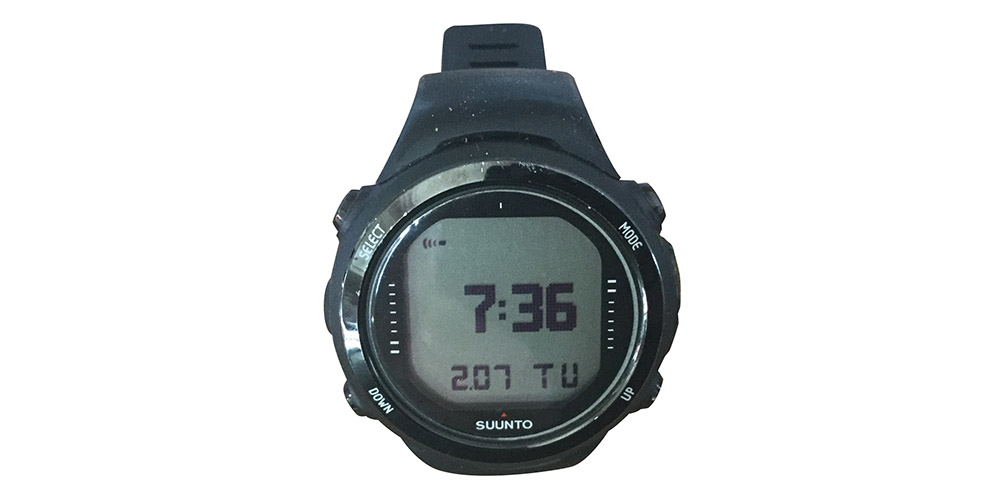 A sport diver will have one of these?
What do you think it is?
Choose an answer below –

Diving computers look just like digital watches. Divers need to use them to make sure they are safe when they go diving…..especially when they finish their dive and return to the surface.

What do you think it records?
Choose an answer below –

Diving computers actually record a lot more than just the time and depth but divers really need to know these two things to make sure that they return safely to the surface after a dive.  How deep a diver goes, and how long they stay at that depth determines how long the diver needs to stay in the water to decompress. So a diver will use the computer to know when to stop on the way back to the surface and how long to stay there before he/she can go to the next underwater ‘stop’. If they follow the instructions on the computer divers should be able to get back to the surface without getting the ‘bends’ which could make them very ill. 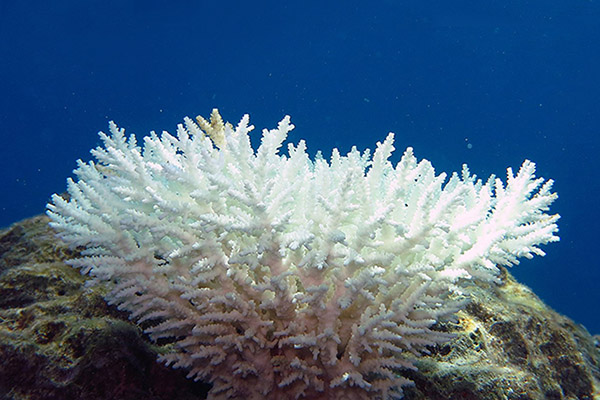 From as early as the 1800s we have known that certain gases trap heat in the atmosphere. Some of these gases are carbon dioxide, methane, ozone, water vapour, nitrous oxide and CFCs (chlorofluorocarbons). We call them greenhouse gases.

They are produced when we burn fuels such as coal, oil and natural gas. And since the Industrial Revolution (around 1750) global temperature has increased by 0.7 degrees centigrade. Scientists estimate it will rise by 1.4 degrees to 5.8 degrees by the end of this century.

That might seem like a very small amount. But is has a devastating effect on sea life and could lead to the extinction of some species.

Some of the main effects of climate change on the sea are:

Rising Sea Level. Sea levels may rise by over 65cm by the end of the century. As the water level rises underwater plants will receive less light and may die out.

Stormy Weather. Most scientists believe that climate change will cause extreme and unpredictable weather. Hurricanes and storms can cause massive damage to coral reefs.

Coral bleaching. This happens when coral loses some of the algae that lives inside it and the coral turns white. If it is severe and lasts a long time the coral will die. In 2005 the USA lost half of the coral reefs in the Caribbean due to massive coral bleaching.

Species migration. When the water temperature gets too warm for some creatures they will have to move to where the sea is cooler. If they can’t move, they may die out.

Population decline. Did you know that the number of turtle eggs that hatch as a male or female depends on the sea temperature? As the sea temperature rises we may end up with not enough male and female turtles for them to be able to successfully reproduce.

Acidic Seas. Our oceans absorb a lot of carbon dioxide. Without them the carbon dioxide levels in our atmosphere would be even higher.  This makes the seawater more acidic and it is harder for fish to get the oxygen out of the water that they need to breathe.
As the seas become more acidic, shellfish and crabs may find it difficult to build their shells which need calcium carbonate (Calcium carbonate is essential for creating shells and coral skeletons. But it dissolves in acidic water).

So why are all those things important?
Because if some of the sea creatures and plants in the food chain die and disappear, the creatures that rely on them for food will also die …. which will cause even more creatures to die. Fish is an important food source for humans – there will be much less for us to eat.

We need to change how we live to give our oceans a chance to be healthy. For a start, we need to burn less oil, coal and gas and use more solar, wind and wave power. 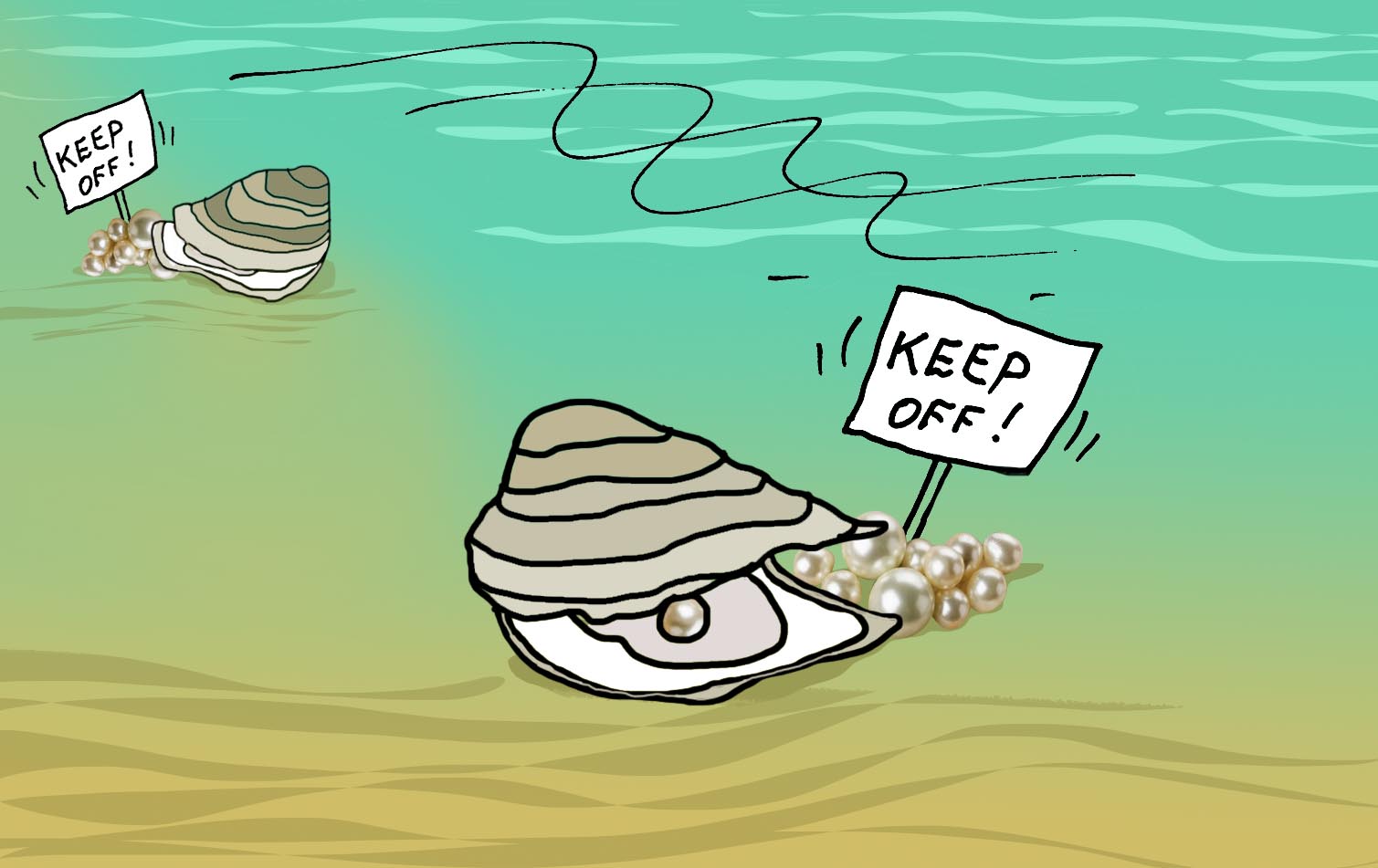 Why do oysters hold onto their pearls?

Because they are shellfish!

This is a really great little video that makes climate change easy to understand. We hope you enjoy it. 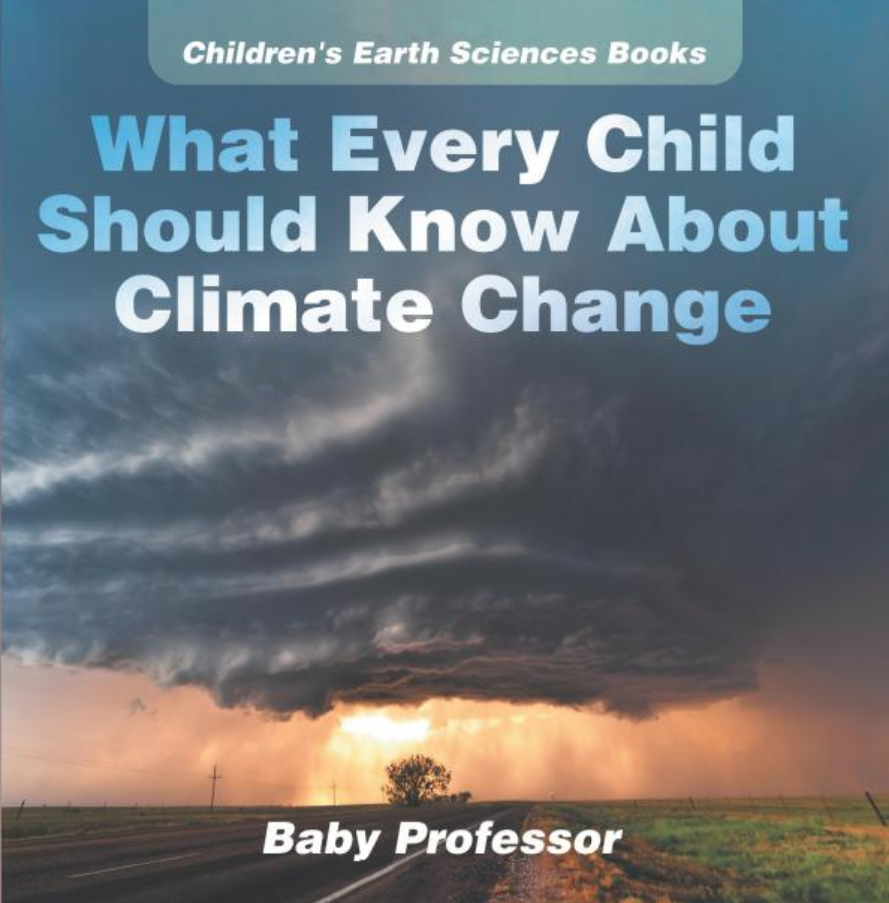 What Every child Should Know About climate Change

Climate change is a worldwide problem. But what exactly is it? And what can we do to minimise its effects?
This book explains the issue simply and clearly with lots of photographs to illustrate the main points.  It is a good introduction to climate change for young readers.

This book is one of the series of the American ‘Baby Professor’ books aimed at teaching kids in a simple, enjoyable way. The phrasing and spelling is American.