DYING FOR A LAUGH 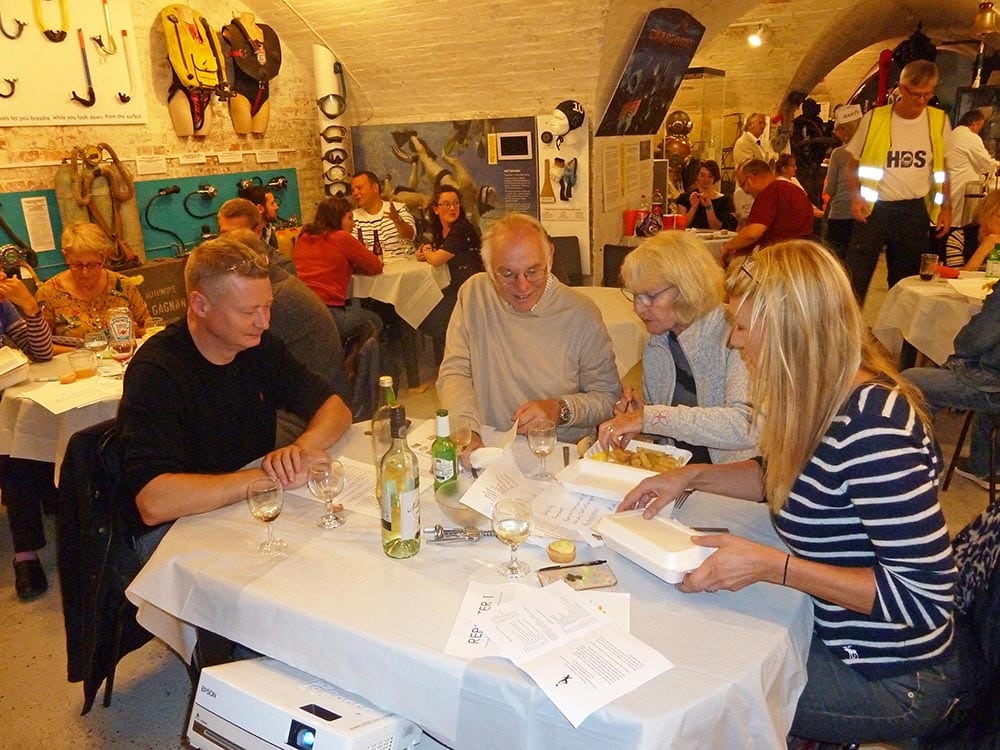 Our last event of the season closed last night after two sell-out performances of our Murder Mystery play, ‘Death Under Pressure’.

The play was the maiden performance of the company of actors known as the Museum Amateur Dramatics Group (or MAD for short). The cast was drawn from our volunteers (the acting was, frankly, criminal) supported by Philip Bosher of The Lee Players (who can also sing and dance) and Ian Wright of The Villagers/Crofton Amateur Dramatics Society.

Death Under Pressure was the inspiration of one of our volunteers, Margaret Marks, who wrote, directed, videoed, starred in and delivered an outstanding evening of comic farce. Our guests had to navigate their way through a net of red herrings, cyanide-laced cup cakes (or were they innocent?) and a pharmacy of veterinary drugs including Zik-aza-dawga.

Theories were chewed over during a fish and chips supper. Deliberations were delivered before a final act revealed the dastardly murderer. The winning team (the Halibuts) tried (and failed) to throw us off the scent with a very fishy team name. They carried off first prize with ‘The Disastrous Divers’ hot on their heels.

There are murmurs of a similar low budget production next year. Keep reading our news to see if our Dramatist/Director and MAD crew can pull it off again next year. If we do – book early. We advertised one performance this year and due to demand for tickets held a second which sold out so quickly we did not even need to advertise it. If we host another murder mystery evening, it will be an unmissable social occasion and we hope to see you there. 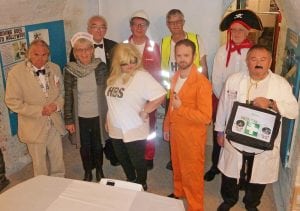 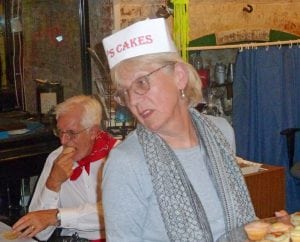 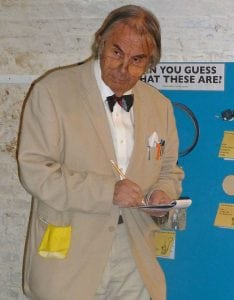 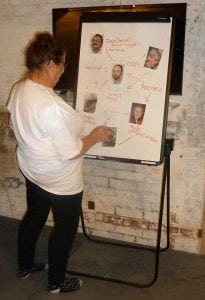 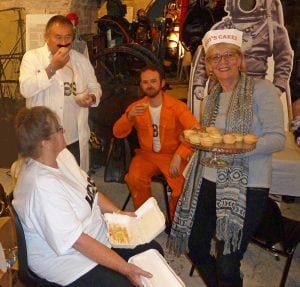