FROM SEABED TO SUMMIT 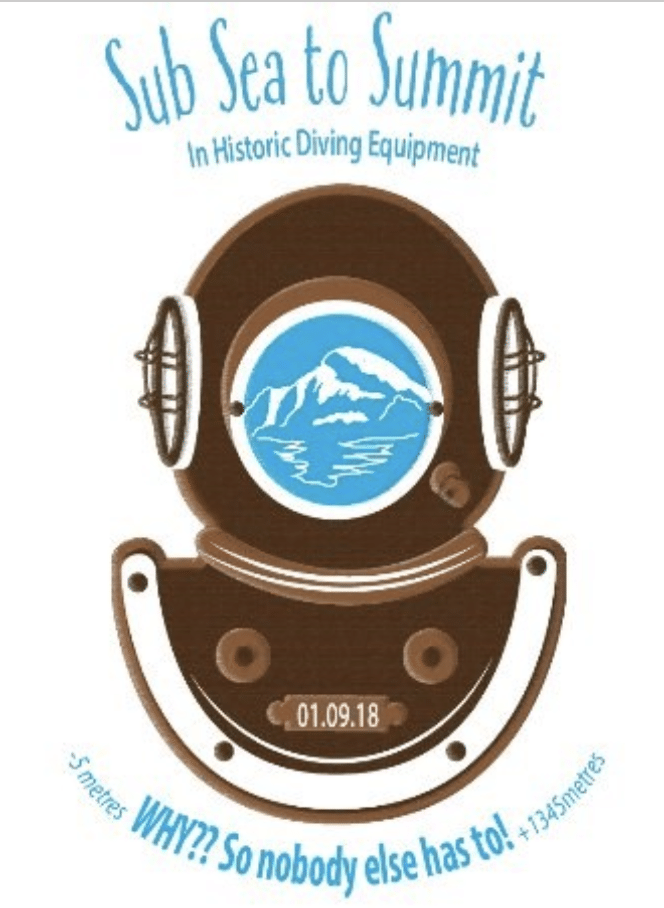 On 1st September a relay team of divers led by ‘Ginge’ Fullen and Ty Burton will start an enormous challenge – to climb to the summit of the UK’s highest mountain, Ben Nevis, in full standard dress.

They will start with a dive in Loch Linnhe (-5 m) and after surfacing will climb the mountain over a period of 4-5 days wearing historic diving equipment weighing over 80 kg (176 lb). By the time they complete the climb they will have climbed a total of 1350 m from seabed to summit.

The idea came from Ginge Fullen, a former Leading Diver in the Royal Navy’s elite Clearance Diving Branch, who has combined a career in diving with his passion, mountain-climbing. He has climbed the highest mountains in more than 170 countries around the world. Ginge wanted to do an expedition so brutal that it will probably never be repeated again so, after meeting up with Ty Burton, from the Historical Diving Society (HDS), these two like-minded people came together to make this challenge happen. The HDS (our mothership) has provided both manpower and equipment.

This amazing challenge will be undertaken to raise funds for 3 good causes: The Lochaber Mountain Rescue Team (LMRT), the family of Saman Kunan, the former Thai Navy Diver who tragically died while taking part in efforts to rescue 12 boys and their football coach trapped in a flooded cave in Thailand, and The Historical Diving Society.

If you would like to support their fund-raising venture you can do so at their ‘Just Giving’ charity crowdfunding page: https://www.justgiving.com/crowdfunding/subseatosummit

We will be following the intrepid team of divers all the way from seabed to summit and wish them every success with every heavy step of the way.