If you go down to the woods today … 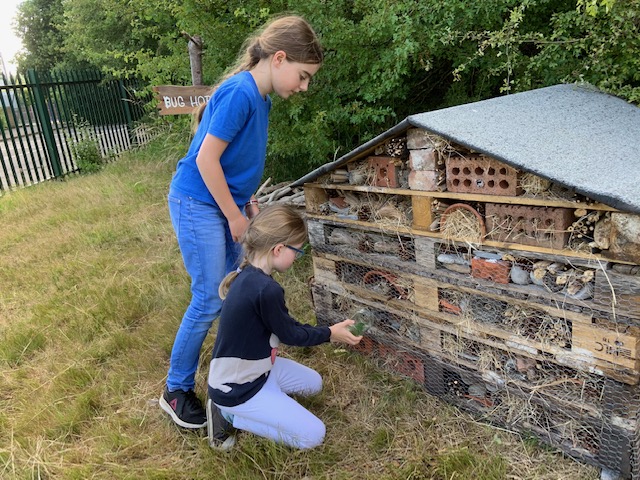 Some years ago we were very lucky to be approached by local resident, Michael Barker, who offered to turn our tangled wilderness at the front of the ARP bunker in Alverstoke into a wildflower garden. Over the years he has extended his reach and transformed the kerbside aspects of the bunker into an attractive and well-tended garden.

But it seems that his talents do not end there.

He has now gone into property development – and in some style.

On a small patch of green beyond the woods behind the bunker he has just constructed a beautiful bijou residence for bugs. A work of art fashioned from wooden pallets, broken pots, rolled cardboard, twigs and pine cones, the Michael Barker Bug Hotel is now open for business and some local children have wasted no time in installing the first few guests.

The Bug Hotel and its associated ‘wood pile chalets’ is only visible from Alverstoke Junior School which shares a boundary with the ARP bunker. As the grounds are not accessible to the general public we are taking this opportunity to share some photos of Alverstoke’s latest boutique hotel with you – and to congratulate Michael on his achievement.

What a shame that entries for RIBA’s ‘2020 House of the Year’ are closed. 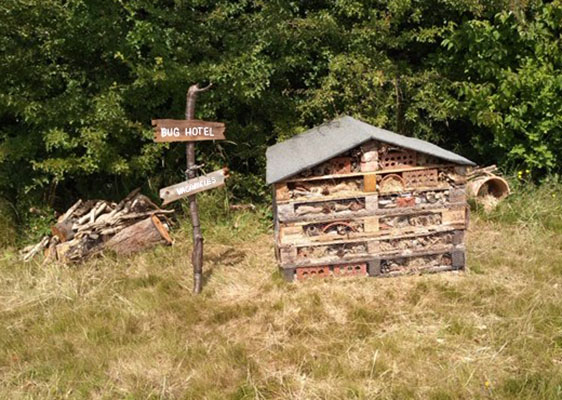 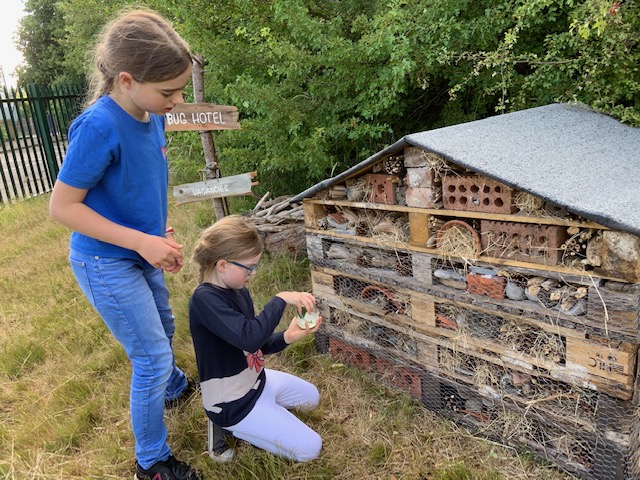 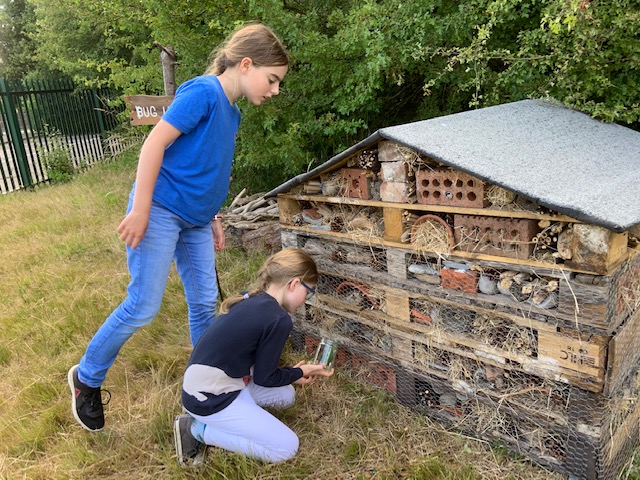