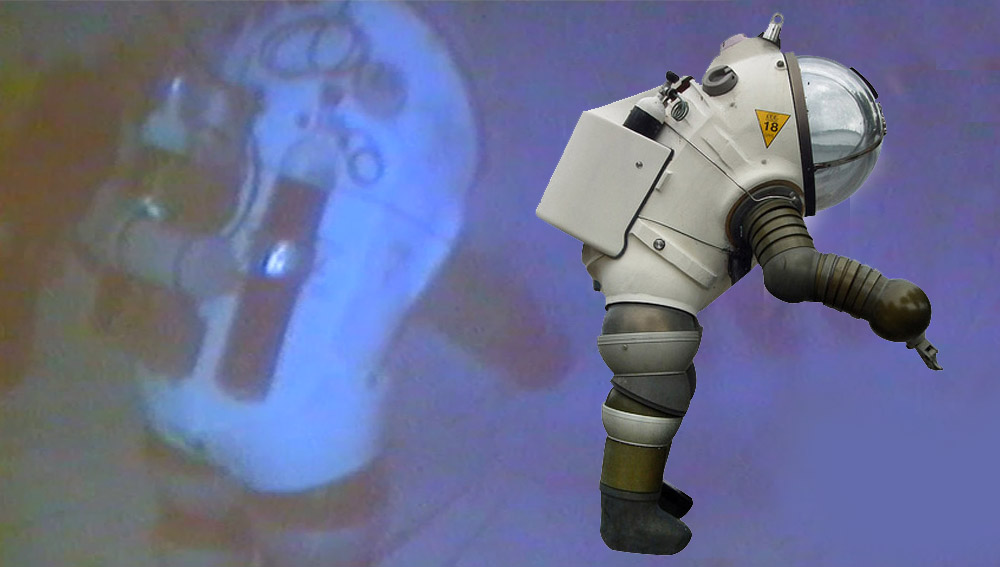 A new addition to our collection this year is a Jim suit. Jim suits were made by Underwater Marine Engineering Ltd (UMEL) in the late 1960s and 1970s. They are articulated man-shaped submersibles called atmospheric diving suits (because the diver inside the suit was kept at normal air pressure – ‘one atmosphere’). Only 19 were made and we are lucky enough to have Jim No. 18 in our collection at the Diving Museum.

In the early 1970s one of our volunteers, Margaret Marks, was invited to have a test dive in a Jim suit in the trials tank at HMS Vernon in Portsmouth. A short video was made of her trial dive. Margaret is British Sub-Aqua Club’s first female Regional Coach and at the time she was the MOD Sub Aqua Diving Supervisor. We don’t know if she was also the first female diver to take Jim for a walk but the caption on the video seems to indicate that she could well have been! We are proud to have her as a volunteer in the museum.

See her in action here!